One of the very best video games that came out last year was Insomniac’s Spider-Man game exclusively for PlayStation 4. After years of so-so Spidey games, the wall-crawler finally got the lovingly crafted AAA open-world game he deserved with web-slinging, acrobatic combat, and a host of colorful baddies to bash that made players truly feel like Spider-Man. 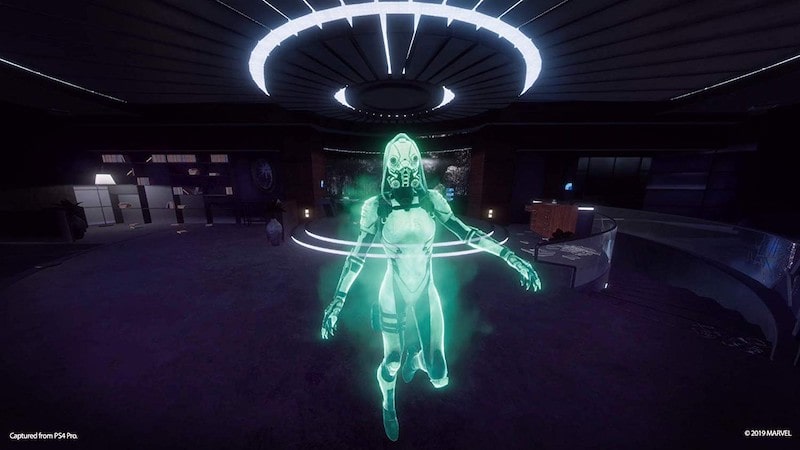 And now a new Sony/Marvel collaboration is tempting us with promises of stepping directly into the shoes of an Avenger. Iron Man VR, developed by Camouflaj, wants you to feel like you’ve just hopped inside of Tony Stark’s armor. After playing it for ourselves, it just might.

Just on a conceptual level Iron Man VR is a brilliant idea. The power fantasy of Iron Man is all about strapping a big dumb huge gizmo to your face to shoot things. And right now there’s a no bigger or dumber gizmo to strap onto your face to shoot things than a PlayStation VR headset. Now you can see the high-tech hologram interface in your peripheral vision. Now you can hear Friday’s AI instructions in your ear, along with Tony Stark’s quips. Heck, I could drink if I wanted to at this hands-on event, completing the cosplay even further.

The somewhat janky nature of virtual reality tech is also totally in line with Stark’s character. As different pieces of armor flew towards me to attach onto my flailing body I didn’t totally buy the illusion. But just using a clearly cutting-edge piece of technology made me empathize with Stark’s scrappy tinkering spirit. Yeah, the image quality could’ve been clearer, but soaring high above the water was convincing enough to give me vertigo.

From there Iron Man VR is pretty much another VR shooting gallery albeit with enough control differences to really encourage players to pose like Iron Man. You maneuver in the sky by holding your hands towards the ground in different positions, mimicking the thrusters on Tony’s own hands. It’s somewhere between a flight sim and a weird free-flowing 3D platformer or car combat game. In the demo, I had to frequently adjust speed and height to keep up with a crashing airplane out of Iron Man 3, and it felt accurate and smooth, and satisfying. There’s a useful quick boost, too. 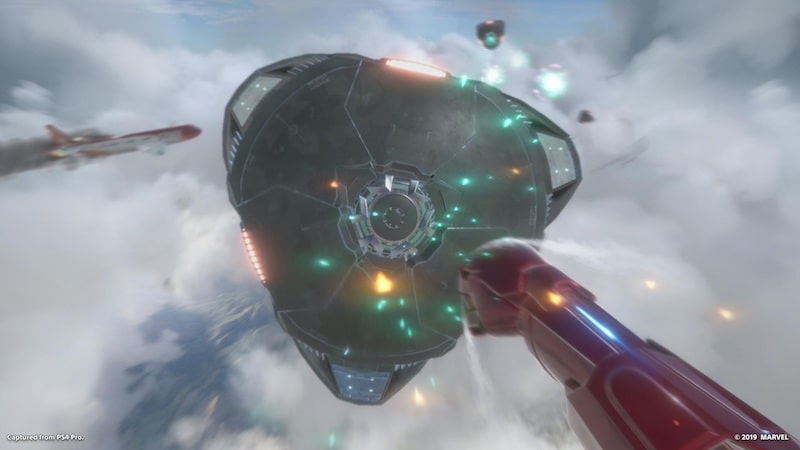 Of course, Iron Man also does a lot of punching and shooting. You can punch with a punching motion, rocketing you towards your target as well. And you shoot by holding your hands up, pulling the trigger, and aiming from the palms like Iron Man. Too much shooting overheats your weapons but you can pretty liberally blast enemies all around you. Shooting and flying work well together in tandem against enemies that can only be damaged from certain angles.

A healthy dose of entertaining Iron Man aesthetic keeps everything nice and cohesive. It’s not MCU but might as well be. There’s banter with Pepper Potts. Hacker villain Ghost reminds Tony of his arms dealer past. You can have to physically fix pieces of the airplane yourself with your bare hands, as well as rescue Pepper with those same hands.