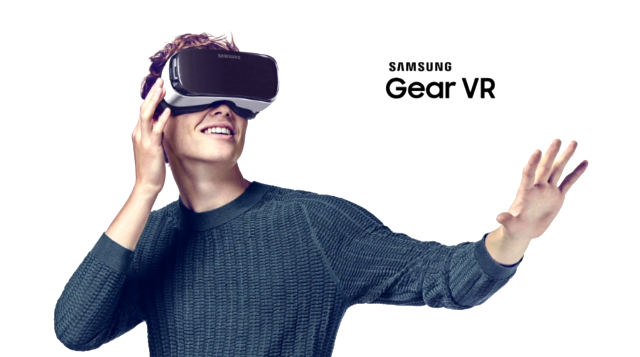 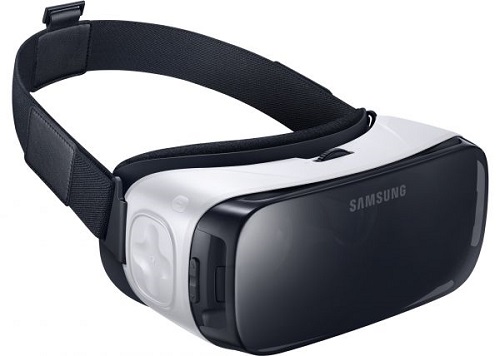 In comparison with previous versions of Gear VR, the model is looking better, but no less futuristic. The main material of the case remains a milky-white plastic, which is replaced by matte black on the frontal part. The case materials are of high quality, and the assembly itself is at a good level. The Gear VR form has remained virtually unchanged. The front of the device is covered with a cap, under which there is a place to install a smartphone, which acts as a display and the main computer. Unfortunately, Gear VR does not work with all smartphones, they need one of the Samsung Galaxy models: S7, S7 edge, Note 5, S6, S6 edge or S6 edge +.

Samsung Geat has become more convenient than previous versions. The mount is now completely woven, and although it may spoil the hairstyle, it does not press on the head. The same applies to the foam rubber cuff, which has become softer and more pleasant to the touch. The ventilation system has been reworked, the lenses do not fog up even with prolonged use. In Gear VR, the Galaxy S7 edge display is located close to the lenses, so the image with virtual reality is not the best. Also, you can see pixels. 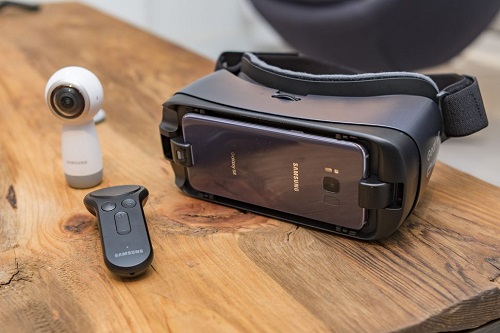 You get used to it quickly, but at the same time, you understand that VR needs 4K or even 8K screens. Otherwise, the image in Gear VR with the Galaxy S7/S7 edge looks colorful, the viewing angle in glasses is 96 degrees, and this is enough for almost immersion into virtual reality. It’s small controllers looks like HTC Vive controller. Smartphone performance is enough for a smooth display of the entire animation, while there is no feeling of inertia of the picture, the reaction to control and head turns is very high.

The main content that is available today for Gear VR consists of casual games and circular videos. You can download them through the store Oculus, while it can be done both from a smartphone and after connecting it to the Gear VR. In addition, you can download the video for points from other sources, but for this, you need to look for a third-party player. 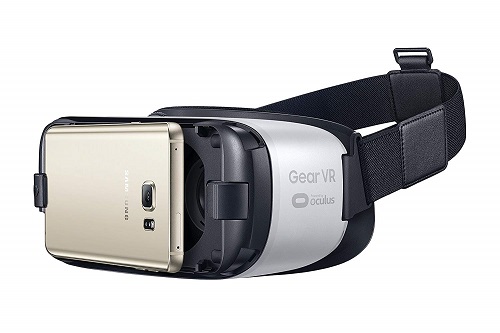 After the user puts on glasses, he gets into a spacious house, in one of the parts of which the Oculus main menu panel hangs in the air. Here you can go to the app store, as well as see the library of installed programs.

The games for Gear VR are mostly very simple, but with quite decent graphics and physics. For example, Herobound: First Steps, where a third-party user controls a small goblin that searches for missing artifacts. In this case, for $ 5-10, you can buy more complex and high-quality games, such as Minecraft or Hitman GO.

Samsung Gear VR is one of the most accessible ways today to plunge into the world of virtual reality. Compared with previous versions of Gear VR, the new glasses have become smaller, more comfortable and have a more convenient touch-sensitive trackpad. The quality of the picture, which is formed by Gear VR, depends on the smartphone, while it is far from ideal, but it is already well suited for playing games and watching videos. In general, the new Gear VR can be safely recommended to the owners of Samsung flagship smartphones.