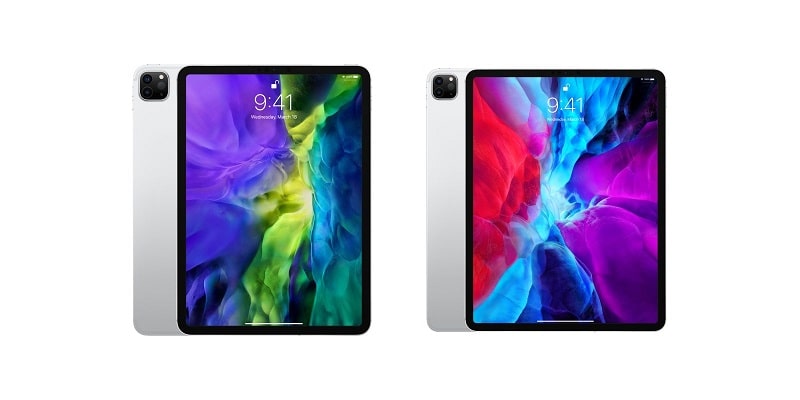 This time Apple edges the iPad a little more towards the Macbook-end of the spectrum with a new iPad-only flavor of mouse and trackpad support. But just wait until you see the new ultra-wide camera and LIDAR sensor that Apple also put on the back for some reason. Yeah. If you’re confused, trust me, we are too. So, let’s try to make some sense out of the beautiful mystery. That is the 2020 iPad Pro together.

If you are interested in the video review of 2020 iPad Pro, you should check out this one:

After the previous iPad Pro, we found out that Apple wasn’t trying to make the iPad Pro more like a computer but rather that they were trying to help the iPad Pro be more useful as a computer with iPad-OS-specific features. They called the iPad Pro the “new way to take notes, make music, or create a presentation.” 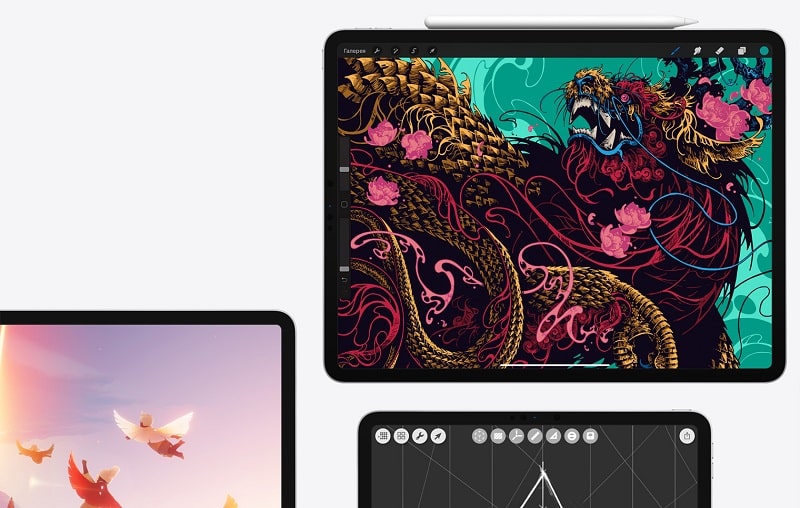 A worse way for some people, like myself, but for better or for worse a distinctly different way from both a computer and a traditional tablet. And that’s not a bad thing. In the initial release of iPad OS last year, the iPad got better navigation gestures and some cool features that negated the need for some keyboard shortcuts like pinching your fingers to copy and spreading them to paste. That kind of optimizations made us think that the iPad Pro might just be a good option for people who have to get work done but are less inclined to sit at a desk hunched over a tiny screen.

How does it feel to have a mouse connected to iPad Pro?

So then, it’s a bit confusing to find ourselves playing with the 2020 iPad Pro running iPad OS 13.4, which now has full-blown mouse and trackpad support. Instead of leaning further into the iPad Pro’s identity as a unique handheld computing device, it seems like Apple has decided it wants to make the iPad Pro into a bad Macbook after all. They’re even releasing a keyboard folio in May with a built-in trackpad. I mean, they might as well send out an internal memo that goes, ‘Microsoft got it right.’ Maybe to see where Apple’s going we have to take a look at where they’ve come from. IPad OS pre-13.4 already had mouse support, but the thing is it was buried in the Assistive Touch section of Accessibility options.

You might know that it was designed as an Accessibility feature to help disabled people who might have trouble operating a touchscreen rather than a way for every iPad user to easily connect a mouse and go H.A.M. It was a welcome addition but it was not the type of mouse support that a Windows or a MAC OS user would be accustomed to. Now, mouse and trackpad support has been built in as a core part of the OS. Connect one via Bluetooth or even a USB-C dongle and a small, gray pointer immediately pops up and morphs! Yes, my friends, this is not your tired, old desktop mouse pointer. This is an iPad Pro mouse pointer. The iPad pointer adapts to the shapes of things that it selects, which is supposed to make clicking them easier I guess? I don’t know. After using it for a while we really can’t see an obvious benefit to this feature, but luckily you can just turn it off in the settings.

Or, that is, you can turn it off in the Accessibility settings because some of the pointer options are under Mouse and Trackpad in the General settings while the rest are under Pointer Control in Accessibility for reasons that continue to elude me. Between the two of them, though, there are most of the options you’d expect, like adjusting pointer contrast, size, and color, changing the tracking and scrolling speed, and you can even assign functions to other buttons on the mouse. 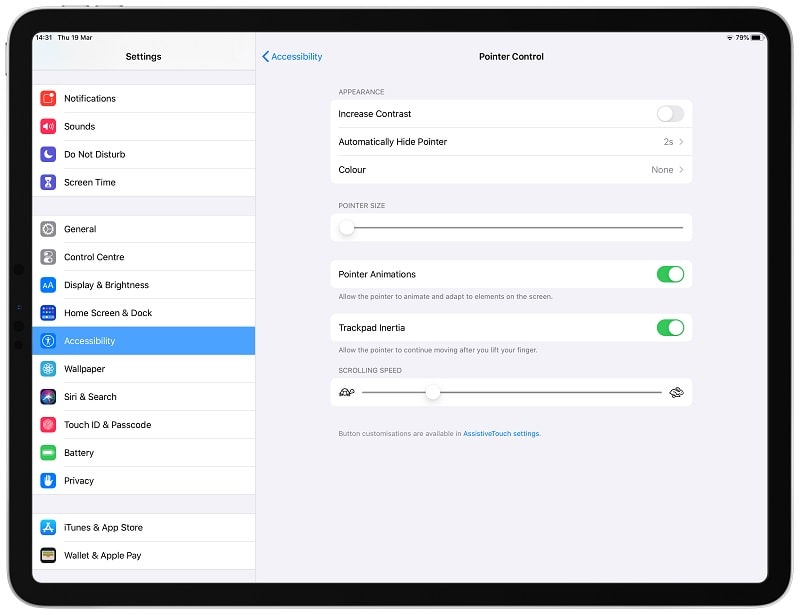 Options for the pointer on iPad Pro 2020

Although we were not able to get that last one working properly on an MX Master 2S, so your mileage may vary. It’s definitely not perfect, but overall the user experience with a mouse is a lot better than the last version of iPad OS where the pointer acted basically like a floating finger. Now, you can right-click to bring up context menus and there’s support for scroll wheels, although frequent hitches and hangups do make it clear that things have been more optimized for a trackpad or the touch-surface of Apple’s Magic Mouse.

Available gestures for the mouse in iPad OS

There are also several new gestures that involve dragging the mouse-pointer outside of the screen. Dragging to the right will show or hide Slide Over apps. Dragging up to the top right brings down the control center. Dragging up anywhere else brings down the notification center. And there’s no gesture for dragging to the left for as far as I can tell. But get this: in an app, drag down to bring up the dock, drag down further to go home, drag down again to enter multitasking, at which point you can drag down one more time to go home again! 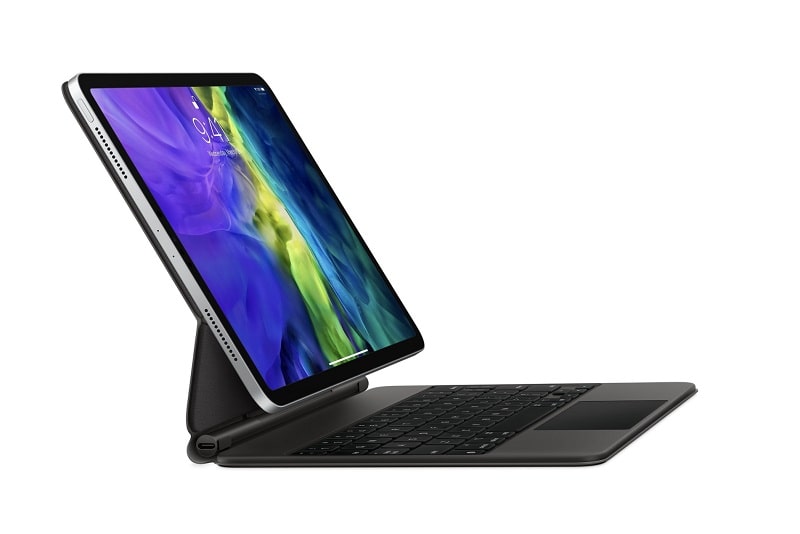 By this point, we were just jazzed to see how deep this rabbit hole goes. But that is, in fact, the bottom. Now, these gestures were a little bit confusing at first, but we think that in less than an hour, most people are going to find them pretty useful particularly dragging right to access Slide Over. There are even more gestures that you can do with multiple fingers on a trackpad to go home and switch apps, but we didn’t have a trackpad and if I keep talking about mouse support I’m going to get upset again, so we have the best move on to the hardware.

The 2020 iPad Pro is not a big upgrade over the 2018 model. It is the same tablet. While the whole 2020 iPad Pro lineup does now come with 6 gigs of RAM, and they all get the A12Z Bionic processor, on paper that is essentially the same chip as A12X Bionic that is in the 2018 model with single additional core and GPU bringing the total up to eight. That was confirmed by out Greekbench test where we saw a very slight increase in multi-core performance and a lower score on the compute benchmark? We’re just gonna chalk that up to some lack of optimization in iPad OS 13.4 for now. The base model of the 2020 iPad Pro doe come with 128 gigs of storage now instead of 64. 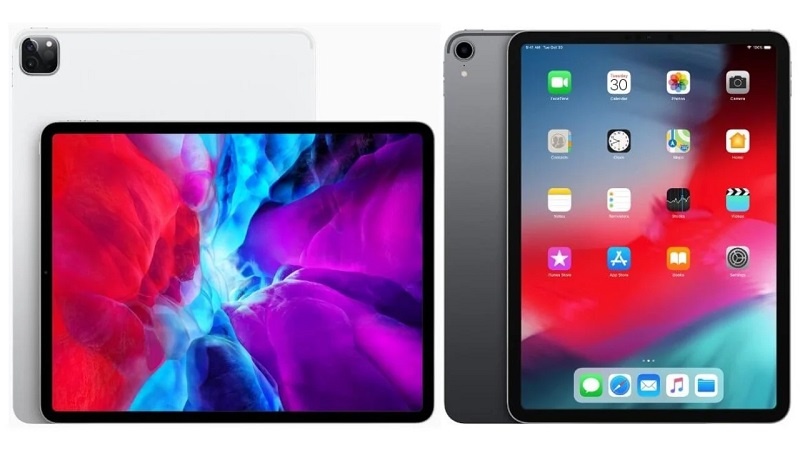 That is great to see, but the only other major changes to be found on this device are actually in the camera module. In addition to the standard 12-megapixel lens, we now get a new 10-megapixel ultrawide lens for all of those… people who vlog with iPads. And then next to that, really interesting one; that’s a LIDAR sensor.

LIDAR stands for light detection and ranging, and it works by sending out infrared light then measuring how long it takes for it to hit something and come back. This new sensor is supposed to be a boon for augmented reality content, although in our tests, for the time being, it didn’t seem to make AR content on the new iPad Pro any more compelling. 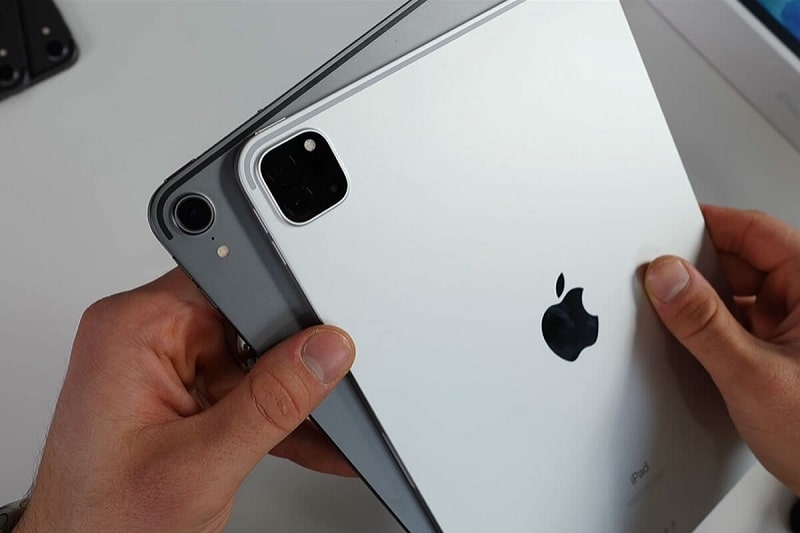 Object inclusion in IKEA’s AR shopping app was about the same as on the 2018 iPad Pro. And in the measure app, the 2018 iPad Pro seemed to do consistently better at measuring length the new one was about an inch off. Some app developers have expressed excitement about the new sensor, though, with some early tests showing the effect that it can have on mapping virtual spaces onto physical ones. And rumors are going around that Apple will include a LIDAR sensor in the next flagship iPhones. 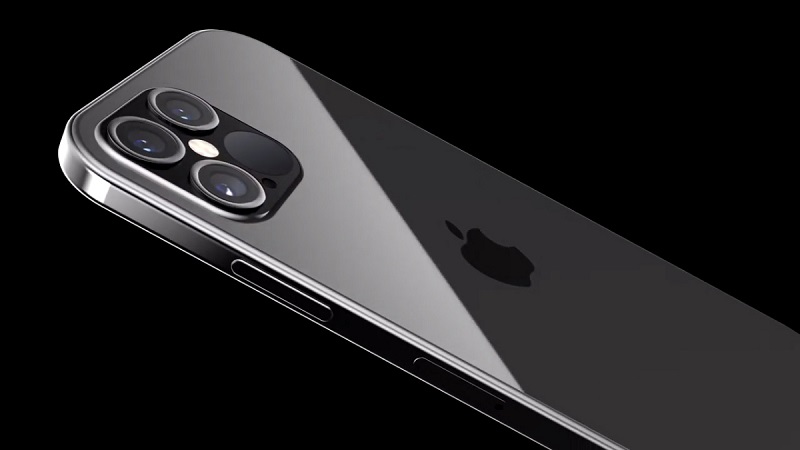 So, this new iPad Pro might just be serving as a testbed so that lidar-equipped AR is going to be nice and polished up by the Fall. For now, it’s a fancy new sensor with not much in the way of software support, though.

All right, iPad Pro 2020 then. Maybe we were wrong when we guessed that Apple’s intentions for the iPad seemed like they were championing the iPad Pro as this groundbreaking new way for people to do work on the go you know, an iPad for pros. And now that we’ve got the next iteration of it, it’s… Well, it’s an iPad with a mouse attached to it. And another camera. And a light-bounce sensor. Which is fine, it’s big. It just leaves me questioning, who exactly it’s for? No, really, though.